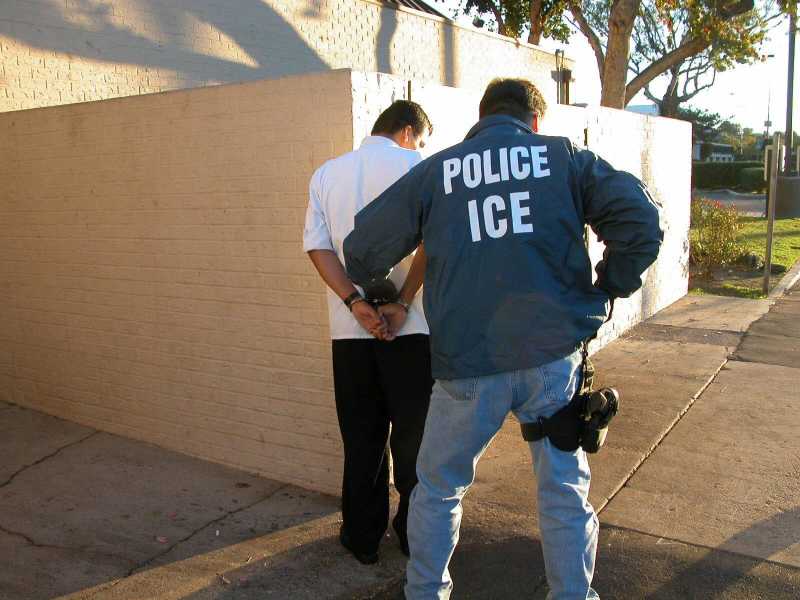 What Powers do Immigration Officers Have At The Border? Immigration laws empower Immigration Officers without a warrant to interrogate a person believed to be an alien about his right to be or remain in the United States; to arrest an alien entering or attempting to enter the United States in violation of law; to arrest an alien if there is reason to believe that he is in the United States in violation of law and is likely to escape before a warrant can be obtained; within a reasonable distance from any external boundary of the United States, to board and search for aliens on vessels in the territorial waters of the United States and any railroad car, aircraft, vehicle, etc., within 25 miles of a border; and to make arrests for felonies involving the admission, exclusion, or expulsion of aliens if there is reason to believe that a person is likely to escape before a warrant can be obtained. The authority to search for aliens who entered illegally within 25 miles of the border does not constitute authority to search for drugs. The law also does not permit the Immigration Officers to conduct warrantless searches of a person’s home seeking admission to the United States. Do Miranda Warnings Apply in Removal (Deportation) Proceedings? Generally No. The Miranda warning required in criminal proceedings are not required in removal proceedings, and the absence of warnings does not preclude use of an alien’s statement. However, In Rodriguez-Echeverria v. Mukasey the court did hold that statements made by Rodriguez to Department of Homeland Security officers were in violation of her 5th Amendment rights when she was trying to enter the U.S. What Rights Do I Have if Removal Proceedings Will Be Brought Against Me?  If it has been determined that removal proceedings will be brought, the regulations provide that an alien shall be advised of: 1) the reason for his/her arrest; 2) his/her rights to be represented by counsel of his/her choice at no expense to the government and 3) shall be provided with a list of available free legal services and advice that any statement he makes may be used against him. As you can see unlike in criminal cases where criminal defendants have a wide variety of rights, illegal aliens have extremely limited rights. It is therefore extremely important to make sure that you at least speak with an experienced San Diego Immigration Lawyer to make sure your rights are protected. One thing to always keep in mind is to never sign a piece of paper without having an attorney present. Time and time again we have seen Immigration Officers use trickery to make aliens sign documents that could have potential negative effects on their rights. Contact us if you or a loved one has been detained by immigration authorities or has been placed in removal (deportation) Proceedings. Related Articles: Immigration Bonds Cancellation of Removal Asylum Ice Lied To Get Inside Immigrants’ Home During Raids, Lawyers Say