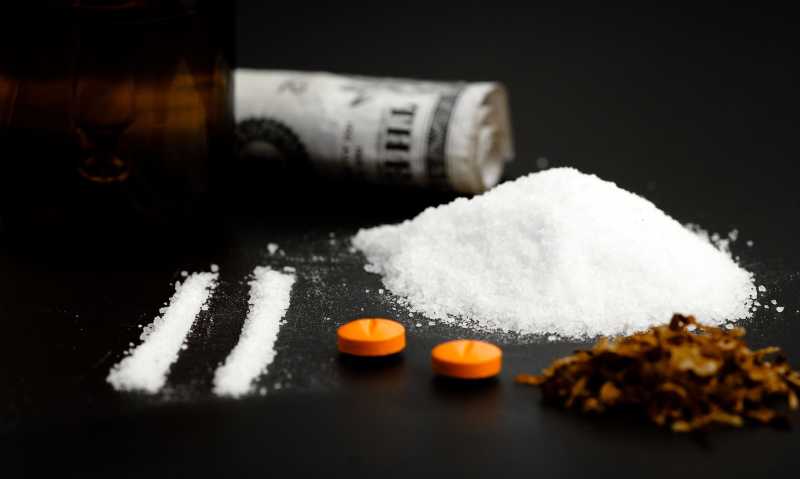 HEALTH AND SAFETY CODE 11350 – “POSSESSION OF A CONTROLLED SUBSTANCE”

Health and Safety Code 11350 (HS 11350) after the implementation of Proposition 47 is now a misdemeanor. The code makes it illegal to possess narcotics such as heroic, ecstasy, cocaine, ketamine, GHB, crack, and even prescription drugs such as Vicodin or Codeine that are not prescribed.If convicted a person faces up to three years in California state prison and a felony on their permanent record.  Depending on your prior record, we may be able to secure a drug diversion (under Penal Code 1000) or Proposition 36 resolution, which if completed successfully will keep these charges off your permanent record.

Health and Safety Code 11351 (HS 11351) makes it a felony to possess illegal drugs for the purposes of sale.  This crime is more serious that HS 11350 and thus not subject to PC 1000 diversion or Prop 36.In deciding whether to charge a person with HC 11351, the District Attorney’s Office will generally look at:

A person faces up to two, three, or four years in California state prison if convicted of violating HS 11351.Because the facts of each case vary, often a person is wrongfully accused of possessing drugs for the purposes of sale when in actuality they were only for personal use.  In situations like that we will look into whether there are problems in the case from beginning to end, such as search warrant issues, wrongful charges, or other problems.

Health and Safety Code 11352 (HS 11352) makes it a felony to sell, furnish, administer, give away, offer to transport, or import into California an illegal narcotic.  Often these drug cases involve an officer who claims to witness a person selling drugs, when in fact that person is only purchasing drugs for personal use.  That person is then wrongfully charged with a much more serious crime.  As you can imagine, simply explaining to the District Attorney and the Court that you were only buying drugs will generally not be enough to get the case dismissed.  Do not hesitate to Contact us today to plead your case with the court. A person convicted of HS11352 faces up to three, four, or five years in California state prison.

Health and Safety Code Section 11364 (HS 11364) makes it a misdemeanor to “possess an opium pipe or any device, contrivance, instrument, or paraphernalia used for unlawfully injecting or smoking a controlled substance.”  Most commonly these are pipes, bongs, cocaine spoons, or hypodermic needles.As with all drug cases, many times the client’s fourth amendment rights are not followed and an officer will search a person without a valid warrant or without probable cause.  We will be able to look at your case and, if appropriate, file a motion to suppress to have the case dismissed.A person convicted of violating HS 11364 is punishable with up to six months of jail time.  This offense generally will allow for a Prop 36 or PC 1000 resolution, depending on your record.

Health and Safety Code 11377 (HS 11377) makes it a crime to possess methamphetamine.  Commonly referred to as meth, speed, or crystal meth, this crime after the passage of the recent proposition 47 law in California is a misdemeanor.As a misdemeanor, a person is subject to up to a year in jail.  A person accused of HS 11377 typically qualifies for a Prop 36 or PC 1000 disposition.

Health and Safety Code 11379.6 (HS 11379.6) makes it a felony for a person “who manufactures, compounds, converts, produces, derives, processes, or prepares any controlled substance.”  Commonly this is charged when a person operates a meth lab, or manufactures drugs in some other way.  In order to be convicted of this code section the manufacturing process must have begun, rather than just the gathering of materials.The penalties for a violation of HS 11379.6 include up to three, five, or seven years in California state prison, making this one of the harsher penalties for a drug crime in California.If you or someone you know has been charged with anyone of these crimes call us for your FREE and CONFIDENTIAL case evaluation. Keep in mind that depending on your immigration status in the country these crimes could have potential negative effects that could lead to deportation from the country or being placed in removal proceedings. If you are not a United States Citizen you should consider hiring a law firm that is familiar with both the immigration laws and the criminal laws. Your criminal defense lawyer by knowing the immigration laws would be able to assist you in making sure that your rights are protected in immigration proceedings. At the Rejali Law Firm we are familiar with the immigration laws and have represented numerous clients in San Diego immigration courts and will be able to assist you in making sure your immigration status is not jeopardized. If you are charged with any of these crimes contact us toll free at (844)-472-5254 or 619-887-4148.