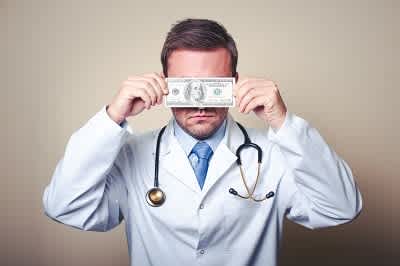 Let's face it. As someone who has been injured in a car accident or through any other means, the last thing you want to do is to have to go in front of a jury. So, it begs the question why may you sometimes find your self there.

The short answer? The greedy insurance companies, will do anything to not pay for the harm they have caused. This includes making everyone part of their game, including, their own insured (the defendant), hired lawyers who are being paid by the hour or are working on a salary to lie and cheat you, their fake doctors who are also on their payroll to do the same thing and yes when it comes to it, the jury too. They have one objective only, and that is to save as much money as possible for their company.

So how is it that with all of this, you as the injured person are the one at fault? The truth is, you're not. They employ these tactics to scare you and your attorney away, and to tire you out so that they can pay as little as possible. What they are also banking on is the jury not believing you because of the propaganda that they have perpetuated for years about personal injury lawyers.

Let me tell you. I'm a personal injury lawyer and am pretty proud of it. I get to stand in front of these bullies and make sure that my clients are fully compensated for the harm that they caused. Reality is, everyone including the jury knows that it's the insurance companies who are orchestrating this entire mess. The poor insured (defendant), who yes did make a poor decision that caused you harmed is also an insurance company pawn. During the two, three, four or five year process that the insurance company drags out your case, they continuously will send their insured letters promising them not to worry. Why? Because they think they'll get a discount in front of the jury.

They've done a pretty good job of making us personal injury lawyers look bad. But I'll tell you, our juries are extremely smart and know what is going on behind the scenes. It's unfortunate that personal injury lawyers get the bad name. But, at the end of the day, the liars, cheats and the frauds are the insurance companies, their fake doctors, and lawyers who sold their souls to the devil by being hired to confuse, mislead and deceive the jury.

The truth always prevails, and I'll continue being a personal injury lawyer, and stand up for what is right and just, no matter what it takes.